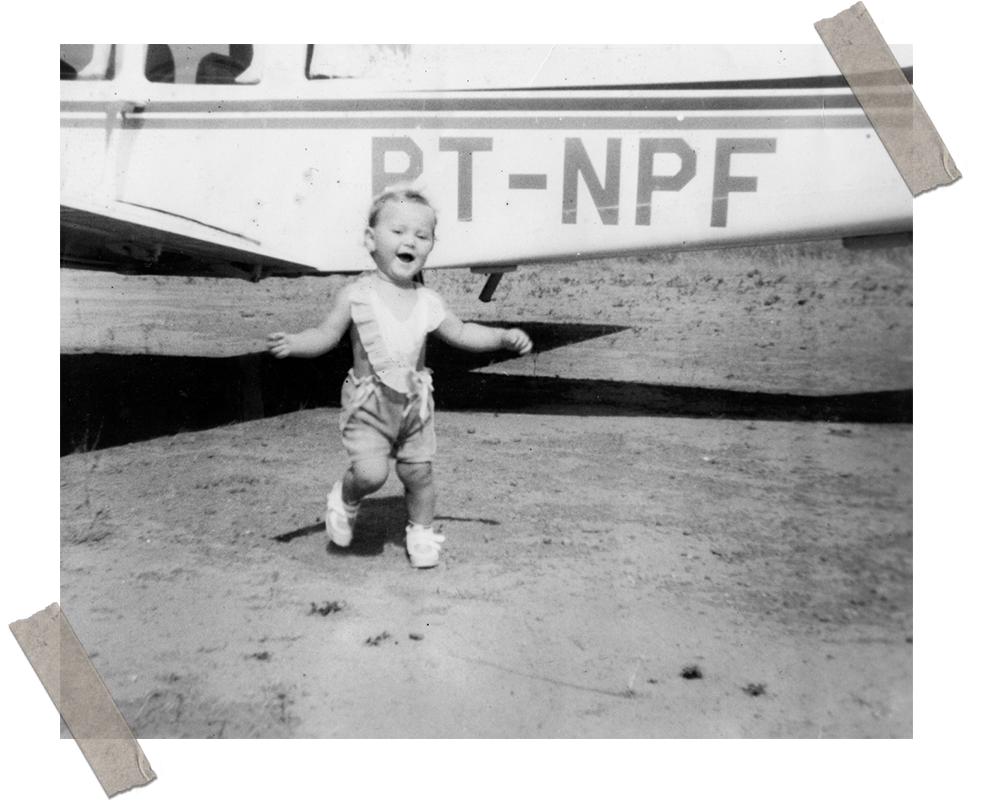 I'm Fernanda, a strange person, living strange things. I was born in Patos de Minas, a city in the countryside of Brazil that you've probably never heard of.

The pic you see on the left is because when I was a kid I had the opportunity to grow up in an airport with my grandparents. Not a fancy one like Heathrow or Shanghai Pudong, but a really small one. It was fun. The best part that I remember was trying to fly in some airplanes that were repaired by my uncle.

I believe because of that I've always dreamed big and I'm looking for fun in my life and in my job too. So in the last 13 years, I had the opportunity to partner with incredible people working for some amazing creative agencies, sink into pop culture, and conceive campaigns for globally-known brands such as Coca-Cola®, Netflix®, Avon®, Bayer®, Ford®,  Johnsons & Johnsons®, and among others. I also won some prizes along the way too.

Okay, maybe it is more important to show than talk.

My work was selected to be part of this selected list because they consider that I’m making a difference in the industry. → Learn more

My portfolio has been selected as one of the Best Portfolios of 2018. → Learn more

FanFeat is one of the Campaigns that helped push Coca-Cola back to the top spot. → Learn more

FWA MOBILE OF THE DAY